Over the last decade, it has become clear that the accumulation of misfolded proteins contributes to a number of neurodegenerative, immune and endocrine pathologies, as well as other age-related illnesses. Recent interest has focused on the possibility that the accumulation of misfolded proteins can also contribute to cardiovascular disease. In large part, the misfolding of proteins takes place during synthesis on free ribosomes in the cytoplasm, or on endoplasmic reticulum (ER) ribosomes.

Stresses that perturb the folding of proteins during, or soon after synthesis, can lead to the accumulation of misfolded proteins and to potential cellular dysfunction and pathological consequences. In order to avert such outcomes, cells have developed elaborate protein quality control systems for detecting misfolded proteins and making appropriate adjustments to the machinery responsible for protein synthesis and/or degradation. Important contributors to protein quality control include cytosolic and organelle-targeted molecular chaperones, which help fold and stabilize proteins from unfolding, and the ubiquitin proteasome system, which degrades terminally misfolded proteins. Both of these systems play important roles in cardiovascular biology. 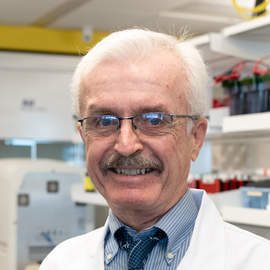